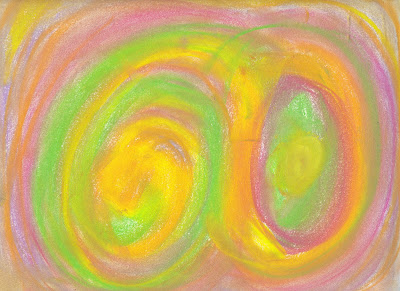 Just when I had hit a breaking point,
a sweet wave of an invitation came my way.
Up until this Wednesday, I had spent the entire summer in the city. Don't get me wrong, summer in New York has a multitude of charms, starting with the empty expanse of the famous Zigfield Theatre. How many times have you had your choice of any seat in a New York theater? There have been evenings spent on the roof of the Metropolitan Museum of Art and Sundays spent at backyard fiestas.
Still, I longed for some connection to nature in the absence of humidity, subway rides, and the sounds of construction and traffic. Above all, I needed a break from routine.
Imagine my delight when I checked my voicemail and heard my friend's question over the phone: Would you like to come join us at our beach rental for a few days? At that moment, an invisible trampoline appeared underfoot and I jumped five feet in the air. I ran home, called her back, and packed my bags at fast-forward speed.
The next morning, I hopped on a train that took me up the New Jersey shoreline and landed in Asbury Park. My friend met me at the station and we walked (!) a short distance to her beach house in Ocean Grove. All the homes were cottage-like, and she explained to me that this was a predominantly Methodist town with a large gay population. I wondered how those two groups were co-existing.

Within an hour of arriving, I was in the ocean. Big sigh of relief. So great to feel the familiar healing properties of saltwater while catching wave after wave in a bodysurfing marathon.

In the morning, we all had breakfast out on the front porch while watching squirrels play around us and noticing details about the trees on the street.

One thing led to another, and the invitation was extended to my boyfriend Mike who, in turn, spent the weekend with us. More fun to be had!

On Saturday night, Mike and I hung out with our host's 13-year-old daughter. We made an evening run to a local chocolate shop, then walked out onto the now-dark beach where She With the Incredible Night Vision spotted jellyfish and piled them up in her hand to take back home. Returning to the cottage, we watched multiple episodes of Hannah Montanah, blissfully tired from a full day of sun and playing in the waves.

Now back in the city, I feel ready to take on the world with greater calm and peace of mind.
Posted by Eleanor Traubman at Monday, August 25, 2008