THE WONDERFUL WORLD OF (FRANK) OZ 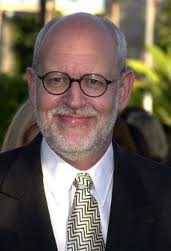 It was a packed house at the Museum of the Moving Image for a live interview with legendary film director and Muppeteer Frank Oz.

Here's some stuff I learned about Frank:

* Frank first met Jim Henson when Frank was 17 and Jim was 24. Two years later, Jim asked Frank to move to New York to work with him.

* Frank has known the late Muppets writer Jerry Juhl since he was 12 years old, and describes Jerry as a "dear friend."

* Frank is open about having experienced low self-esteem and shyness in the earlier days of his life, and let audience members know that it's possible to overcome that.

* Soon after, he went to work on the newly-formed Sesame Street, a t.v. show Frank says was "never planned to be a huge success"

* On The Muppet Show and in Muppet movies, Frank played Animal, Miss Piggy, Sam the Eagle, and more. Here's a hilarious clip that MOMI played of Sam the Eagle (Frank) singing Tick Willow with Rowlf the Dog.

* One character observation Frank made of Miss Piggy is that she is funny because of the way she holds down all her pain (she loves a frog who doesn't love her back, she can't carry a tune, etc.) and yet demonstrates "extraordinary bravado"

* Says Frank of Jim Henson: "He was always doing the impossible." Frank gave, as an example, the way that Jim took 10 days at a pool to shoot an underwater synchronized swimming routine that involved both Muppets and humans.

* At one point, when Jim and Frank were on a plane together, Jim turned and ask Frank to direct The Dark Crystal with him. When Frank asked Jim why he was asking him, Jim replied: "I think it would be better [with you]."

* The character Frank played that he most relates to is Grover

* Frank was the voice of Yoda for Star Wars. He explained how it took multiple folks to operate Yoda's body movements and facial expressions in conjunction with the voice."

Frank explains: "When you are a Muppeteer, doing the voice is 5 per cent of the work.
Posted by Eleanor Traubman at Saturday, October 29, 2011 No comments: Links to this post

REPORT BACK FROM MOMI'S JIM HENSON: FRIENDS AND FAMILY 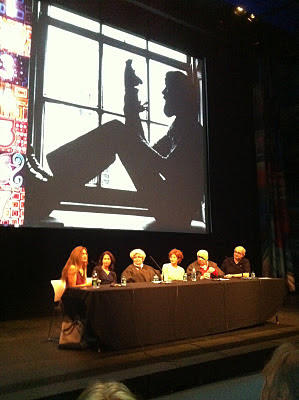 What an amazing treat and honor to get to hear about the life of Jim Henson from the perspective of people who were part of his nuclear and work family.

Six folks gathered onstage of the Museum of the Moving Image to show and talk about film clips which reflected some part of Jim's body of work.

Jim Henson Legacy president Craig Shemin, who put together all of the film compilations for the entire Jim Henson's Fantastic World exhibit, moderated the event with his usual fun and engaging humor.

He first introduced Cheryl Henson, who spoke to an often-asked question about what it was like for her to be one of Jim's children. Cheryl shared that her father was fond of having his children be a part of his work projects and would go out of his way to make that happen. She chose to show the clip Run, Run, which Jim filmed at his family's home in Connecticut and depicts his daughters Cheryl and Lisa running into the arms of their mother. The lovely music was composed by Joe Raposo. Cheryl also showed Two Little Dolls. (Check out this interesting piece about Two Little Dolls in Jim Henson's The Red Book.)

Next, Craig introduced Bonnie Erickson, the current Executive Director of The Jim Henson Legacy who created, amongst other creatures, Ms. Piggy, Statler, Waldorf, and Zoot. (See my interview with Bonnie HERE.) Reflecting on her work as a colleague with Jim Henson, Bonnie asked "How could you ever find [another] job where you spent most of your time laughing?"

She talked about how various Muppet characters either fell by the wayside or "found fame and fortune," as well as about how characters evolved both in terms of appearance and personality. One interesting tidbit from Ms. Erickson: Ms. Piggy was designed as an homage to Peggy Lee. (More on that topic HERE.) Bonnie chose a clip about a behind-the-scenes workshop look at the making of Emmett Otter characters.

Fran Brill, a long-time Muppeteer of characters such as Prairie Dawn and Zoe, presented a film clip depicting the hard physical work that goes into being a Muppeteer.

Aurthur Novell, who did public relations for Henson, talked about how Jim's work reflected what was happening in the culture at that time. Novell chose to share a hilarious clip of Piggy and Kermit hosting the Emmy Awards in 1979.

Toward the end of the program, Craig Shemin described the period of time that Muppet characters appeared on Saturday Night Live and how one of the SNL writers declared "I don't write for felt." He also let the audience in on the fact that there's a script for a Fraggle Rock movie that has not yet been made.

NEWLYWEDS ON DAY ONE OF MARRAIGE EQUALITY IN NEW YORK 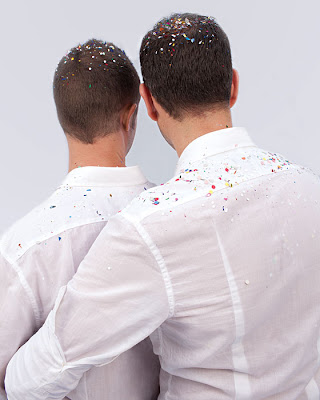 Posted by Eleanor Traubman at Saturday, October 22, 2011 No comments: Links to this post 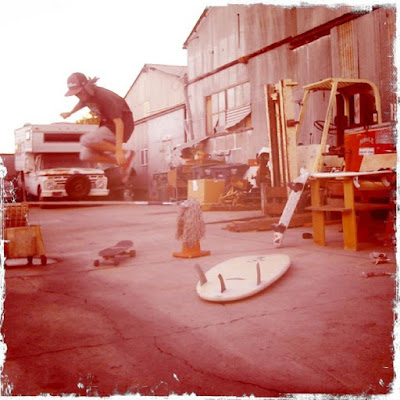 Guess ya don't always need a skate park to get some good board action in. My nephew rocks!

Posted by Eleanor Traubman at Monday, October 17, 2011 No comments: Links to this post

Email ThisBlogThis!Share to TwitterShare to FacebookShare to Pinterest
Labels: Skateboarding 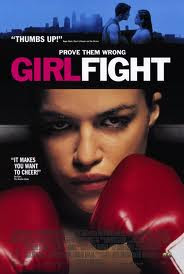 Posted by Eleanor Traubman at Saturday, October 01, 2011 No comments: Links to this post 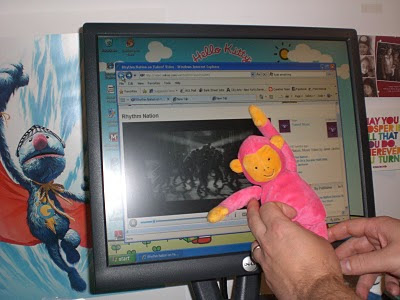 I keep a gratitude journal by my bed. Right before my head hits the pillow, I jot 10 highlights from the day in a tiny chunky purple spiral notebook I found in a bin at Staples. So I record the items, read a few inspiring lines from a book, and then it's lights out. Ya know what? It's as a good a way as any to end the day.

1. Candy Corn in little cellophane bags: So pretty to look at with its festive fall colors. PLUS it's a vegetable AND a candy!
2. The adorable dog, Eggplant, whose owner Ari (proprietor of an AT&T store on 7th Ave) claims is half-pig, half-dog.

3. The way my husband, Mike, can make inanimate objects - including a Lucy Pez dispenser and a stuffed pink monkey - look absolutely real.

6. The chalk drawings of two narwhals with speech bubble conversations on the sandwich board outside the Housing Works Book Cafe in SoHo.

8. Lobbies of hotels and Upper East Side buildings - mini Grand Central Stations and comfy places to sit to watch the world go by

9. The super-satisfied feeling I have after cleaning out a closet or a file drawer

10. Friends who are good telephone conversationalists (e.g. who just focus in on the talk and stop doing other stuff)
Posted by Eleanor Traubman at Saturday, October 01, 2011 No comments: Links to this post 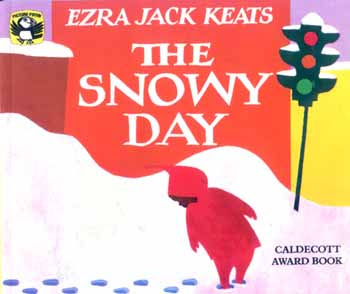 I was so excited when I heard that the artwork of renowned children's book author and illustrator Ezra Jack Keats was going to be on exhibit at The Jewish Museum. I had read and loved his classic The Snowy Day during my childhood, and continued to discover and enjoy his other books as an educator and leader of family literacy workshops. The parents of these workshops were always pleased to receive their free copy of The Snowy Day, compliments of Learning Leaders.

So of course I jumped at the chance to go to the press preview. Imagine my (and other folks') delight when I saw a tenement/front stoop scene brought to life via a mural, chalk drawings on the floor, and real steps, accompanied by lots of bean bags where visitors could park themselves to read Keats' picture books. It was funny to look around and see adults sunk down deep into the bean bags. One visitor said to a nearby museum employee "I'm afraid if I get into the beanbag, I won't be able to get back up!" Seriously, I could have lounged there all day just taking everything in and enjoying the artwork.

While parked on the beanbag, I had an interesting conversation with Tabletmag.com's Marjorie Ingall about Mr. Keats' ambivalence about his Judaism. Since his characters are largely African America, many readers do not realize that Keats himself is Jewish. Do read Marjorie's article about this topic over at Tabletmag.com.

"Throughout the 1970s and 1980s children of color could increasingly see realistic and positive reflections of themselves in picture books. Even so, today fewer than 10 percent of children's books have significant African-American content."

While at the exhibit, I also learned that Keats won the Caldecott Award for The Snowy Day in 1962 alongside of Madeleine L'Engle, the later of whom was bestowed with the honor of The Newberry Medal. Keats was so terrified of giving his acceptance speech, he considered the act of giving the speech as big of an accomplishment as receiving the award itself.

In the video which plays at the exhibit, children's book author illustrator Jerry Pinkney says this of Keats: "He opens up a world that the child feels he already owns, [thus] creating a partnership."

Pinkney will be giving a presentation about Keats' work and ther role of diversity in children's literature. The talk will be hosted by The Jewish Museum on Monday, October 17th at 11:30 am. For ticket information, click HERE.

The Snowy Day and the Art of Ezra Jack Keats is the first major exhibition in this country to pay tribute to award-winning author and illustrator Ezra Jack Keats (1916–1983. It will be at the Jewish Museum until January 29, 2012.
Posted by Eleanor Traubman at Saturday, October 01, 2011 No comments: Links to this post