Three years ago, one of the dads on our street (shout-out to Warren Cohen!) decided to organize a block party.  Word had it that 10 to 15 years had passed since there had been one on 1st Street in Brooklyn, NY.  He got some of us together for a meeting at a local bar, and we brainstormed ideas for activities.

"There's a lot of young children on our block, so maybe we should just have quiet activities."

The more experienced people who had grown up in the neighborhood set me straight: "So we'll have a DJ and a bouncy castle for starters."

I sat back and listened; clearly, they were the pros!

As it got closer to the actual event, more people stepped forward with ideas: a pet parade, bike decorating, temporary tattoos.  I volunteered to run a name tag table so people didn't have to be awkward if they didn't know each other's names.

A few days prior to that first block party, signs went up telling people to move their cars off the street.
The night before and the morning of the party, the cars disappeared as if by magic.  More magical, still, was the beautiful empty of the street presenting itself to all of us residents to fill it with whatever we wanted to.

The morning of that first party, there was a buzz of excitement in the air.  Young people came out of their homes and looked around, then came out to play with each other.  Slowly, the adults brought out tables and grills with food to share.

Then the bouncy castle arrived.  Bouncing happened, then the castle deflated and was driven away.

There was a pet parade, and one of the pets was a chicken brought over by a guest of one the street residents.  There was also a dog with a cape.  Some of the children brought out their stuffed animals, and came along for the procession.  It looked like something out of an Ezra Jack Keats book.

Then along came the DJ, and the children did tons of group dances - the Electric Slide, the Cha-Cha, a modified version of the Thriller dance.

The day stretched into evening, more food came out, more people kept talking to each other, the children kept playing, and when it was truly dark out, guys came around selling glow-in-the-dark toys that broke within the hour.

I was exhausted, but so happy, the day after that first block party.  Having a space - a physical space - and also the span of an entire day and evening for all of us to put aside our other responsibilities to just BE with each other was such a treat, and helped us remember each other during the rest of the year even amidst our busy lives.

Since that first block party, there have been two more.  In last year's event, an egg toss was added into the mix.  Also: Beans the dachshund arrived at the pet parade dressed in a soft sculpture hot fudge sundae outfit.   In this year's festivities, the children created a Wizard of Oz skit which they performed for a bunch of us.  People sat on a picnic blanket in the middle of the street until it was time to go to bed.  I ran my third year of the name tag-making table, where people could write their name and street number.

I hope that this tradition continues on for many years to come.  It is such fun, and a terrific reminder that each block is a community unto itself.

WHAT I LEARNED FROM FLOATING 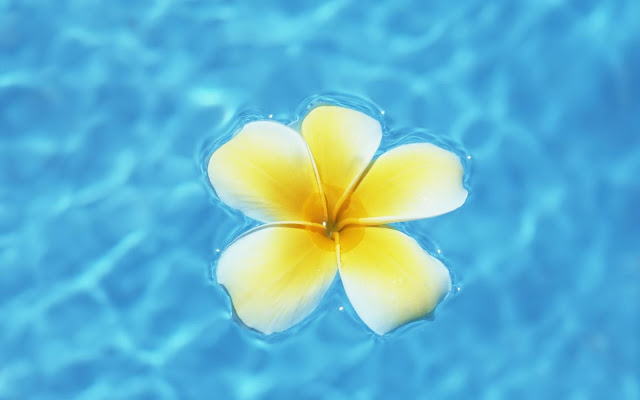 Every time I see Angelica, one of the lifeguards at the YMCA, I want to run up and give her a hug.  Why? Because Angelica is the one who introduced me to floating.

I swim regularly at the Y, and count on my swims for the relaxation and rejuvenation that I feel afterwards, not to mention the cardiovascular benefits.  So imagine my dismay when a podiatrist, after x-raying my newly-fractured toe, told me not to go swimming.  I obeyed her orders for a little while,  and complained to my husband.  The surgical shoe I was wearing to protect my toe was throwing my whole body off kilter, causing other problems on top of the injured toe.  I was in dire need of the comfort that only a swimming pool could offer.

Finally,  my wise husband said "Why don't you just go to the pool?  I'm sure you can figure something out."  I listened to his advice, and showed up in swimsuit and bandaged toe next to the lifeguard on duty.

"I'm not supposed to be here, I said to her.  I fractured my toe and my podiatrist said not to swim.  But I love the water."  Very calmly, she said "Put on a flotation device - it will keep your feet from touching the bottom of the pool."

Intrigued, I walked over to the big plastic bin of blue butterfly bandage-shaped flotation pieces and fastened one around my waist.  Once in the water, I was in heaven.  I was floating!    I laid back a bit, did not kick my legs, and used my arms to propel myself backwards.  What made it even more fun was that I was in the recreational lane with other people wearing flotation devices, everyone from older adults to babies to teens.  Everyone looked as happy and relaxed as I felt.  Why had I not done this before?

I had not floated before because I was too busy getting my half a mile of laps done.  Like other lap swimmers, I come with my goal and am focused on accomplishing that goal; there is no fooling around, no margin for fun.

There are so many great things about this floating business; here's a few of them:

* My head is above water, so I'm able to see all the great things going on around me - dads swimming with their babies; grandparents swimming with their grandchildren; people on the other side of the glass wall using the elliptical machines; families eating Chinese takeout in the pool observation room; lifeguards doing their jobs; swimmers kicking noisily in the lap lanes. I could also make contact with people if I wanted to:  I admired one lady floater on her robin's egg blue nail polish and she laughed with embarrassment.  Some of us floaters smile at each other, as if with a shared understanding of how happy it is to be floating.

*  I get to switch up my routine and experience the water in a different way.  When I'm doing straight laps (the crawl), I feel like my job is to push the water away.  When I'm floating, I am more focused on the sensation of being supported by the water.   It feels like a relationship that is based more on a certain elegant trust, rather than friction, tension, or trying to get through something.

*  I am focused more on enjoyment of being in the pool rather than rushing to get a specific task done.   I feel more in play mode, rather than in work mode. One day, I decided to try out an idea, which was to wear two flotation devices instead of one. I wrapped one around my hips and one around my waist.  By doing so, I was able to sit up straight, as if in a car, and still propel myself forward or backward with my arms.  This was the most fun I had had so far as a floater!

So these are my takeaways from this whole experiment in floating.  Let me know if any of them resonate with you:

* Even when we get orders to not do something,  it's handy to use one's own judgement about what's best to do, especially if instructions are rigid or based in fear.

* There are helpers everywhere,  if we believe that there are and allow them to show up in our lives.

* Sometimes, it's useful, and even transformative, to take the activities we engage in all the time and approach them differently.

* Finally, it's interesting to reflect on this question: Where else in my life can I allow myself to float?
Posted by Eleanor Traubman at Tuesday, September 17, 2013 No comments: