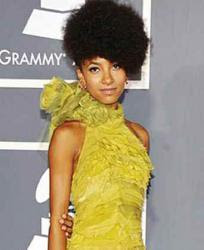 GOOD NEWS! THERE'S A NEW DOCUMENTARY ABOUT KEVIN CLASH, THE MAN BEHIND ELMO! 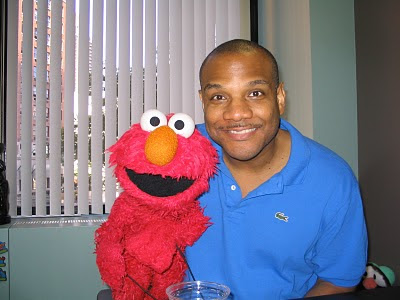 In 2007, I had the honor of conducting a face-to-face interview with Kevin Clash, the puppeteer behind Elmo and a Co-Producer of Sesame Street. I welcome you to take a peek at the interview that has become the most visited post on my blog.

Imagine my delight when I discovered that there was a new documentary out about Mr. Clash. Doing some internet research, I learned that it was produced and directed by Connie Marks. Ms. Mark's film,Being Elmo: A Puppeteer's Journey, won the 2011 Special Jury Prize in the U.S. Documentary Competition at the Sundance Film Festival. 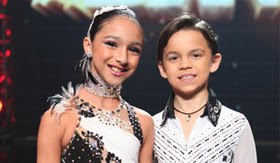 I had seen previews of Paula Abdul's tv competition LIVE TO DANCE but never watched it until last week. By then, they were announcing the top three acts that would move on to this week's finale. I'm really glad I caught the last two shows. The dancing was fantastic, Paula was right in her element, and I liked all the encouragement given to very young dancers.

Here's the start of a report on the winning couple from TV Eye:

The halfpint ballroom dancing couple from Miami, D'Angelo Castro & Amanda Carbajales, ages 9 and 10, were named "The Best Dance Act in America" Monday in the finale of Paula Abdul's "Live to Dance."

In winning they beat the other youngster in the finale, Kendall Glover, 10, who came in second.

"Live to Dance" wasn't exactly a children's-only competition, but those were the two acts that got the most votes from home viewers.
Posted by Eleanor Traubman at Wednesday, February 09, 2011 No comments: Links to this post 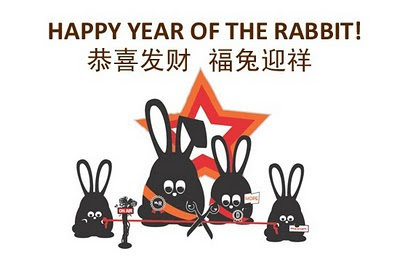 Information about Lunar New Year / Year of the Rabbit
Lunar New Year Programs at Museum of Chinese in America
Image Credit: MOCA
Posted by Eleanor Traubman at Thursday, February 03, 2011 No comments: Links to this post