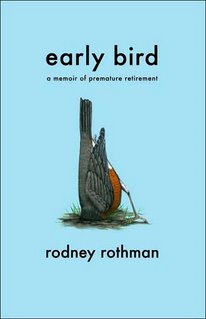 What happens when a 28-year-old spends half a year living in a retirement community in Florida? Read Rodney Rothman’s Early Bird: a Memoir of Premature Retirement to find out! Last summer, when I was in a neighborhood bookstore, the cover of Early Bird caught my eye so I picked up a copy off a table and started reading different passages. Laughing out loud upon contact with the print meant this book was worth buying.

A former writer for The David Letterman Show, Rodney has a penchant for using humor, but never in a way that denigrates older adults. Through narrative, he describes his interactions with the retirees and their interactions with one another. He intersperses the stories with his research about the history and demographics of aging and the elderly in this country. The research is useful, because it provides a context for his anecdotes.

What appealed to me about this book? Why am I promoting it? As someone who prizes my relationships with older adults and treasures their wit and wisdom, I was encouraged to see that someone from my generation had slowed down enough to observe and record what it’s like to be an older adult this country. Because Rodney spent a full half year at Century Village and developed relationships with people there, he was able to document, in a meaningful way, both the strengths and the struggles of this population.

There’s something about the time Rodney took each day to talk with, observe, and interact with the elders that contradicts our normal inclination to rush through each day, to associate mostly with people from the same age or background, and to be as “productive” as possible. In this country, there is a huge emphasis on efficiency, productivity, and economic and geographic mobility. Within that emphasis, the possibilities for intergenerational connections are often lost. Elders and their life experiences are often pushed aside; they are segregated into communities where their contact with younger people is limited and vice versa. Aren’t our lives the richer for our relationships across lines of age? My own experiences and Rodney’s book tell me “Yes”.
Posted by Eleanor Traubman at Sunday, January 28, 2007 No comments: Links to this post 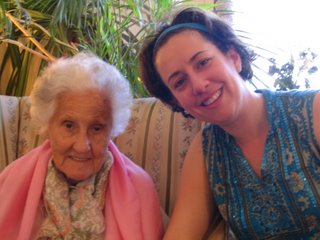 I first learned about Eva Zeisel during a June 2006 episode of CBS News Sunday Morning. She was born in 1906 to a Jewish family in Hungary, and, over the course of her life, has designed roughly 100,000 glass and ceramic objects. As a young adult, she was made Director of Glass and China for the USSR. A year later, she was arrested and imprisoned for 16 months in Moscow on suspicion of plotting to assassinate Stalin (!). Twelve of those months she spent in solitary confinement. She was released for reasons unknown to her.

Shortly after her release from prison, Eva and her husband Hans came to New York with $64. She established the first American course teaching ceramics as industrial design at Pratt University. She also opened a design studio in the basement of her apartment building on Riverside Drive. In 1963, she created her last design for 20 years. After resuming activity in 1983, she designed metal dishes, crystal vases, lamps, office interiors, tea sets and martini glasses. She was the first person to design an all-white Modernist dinner service in the United States.

Five months after viewing Eva on television, I learned through newspaper articles and a Crate and Barrel ad that she was about to turn 100. I also saw that we shared the same birthday! That’s when I decided to pursue an in-person interview with her. My hands were shaking as I dialed Eva Zeisel’s telephone number. I was, after all, calling one of the biggest influences on 20th Century design who had just turned 100 years told.

“Who are you?” Eva asked in her Eastern European accent.

“Eleanor Traubman,” Ms. Zeisel. “I write a publication called Creative Times. I used to live in your neighborhood and I went to Bank Street [a grad school near her home]. We have the same birthday.”

Sweat was now running down my back as I stumbled to communicate the purpose of my call. “Ms. Zeisel, I would love an opportunity to interview you for my newsletter.”

I guess the spirit behind my call, certainly not my eloquence, came through because Ms. Zeisel eventually put her assistant on the phone with me. A few minutes later, I had successfully set up a time to visit with Eva in her home.

Shortly after I’d celebrated my 37th birthday and Eva her 100th, I came to her apartment for our visit. The first thing I noticed is that she was surrounded by dozens of floral arrangements people had sent to her. Eva wasn’t feeling well that day, so we kept the chatting to a minimum. She enjoyed sitting close and holding hands. At the end of the visit, with tears in my eyes, I thanked her for creating so much beauty and inspiration.

I will always be grateful that I had the chance to learn about and meet Eva Zeisel, the woman who has committed her life to the “playful search for beauty.”

Many thanks to you, Eva. With Love, Eleanor

DRIVER OF THE PINK TRUCK 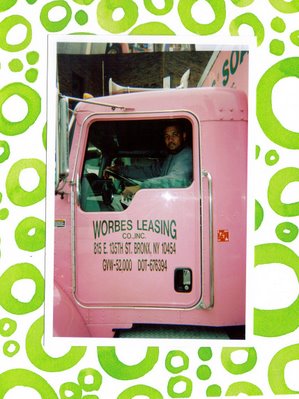 Posted by Eleanor Traubman at Sunday, January 07, 2007 No comments: Links to this post 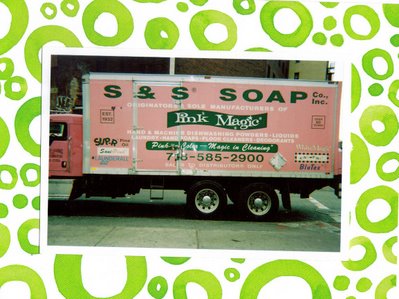 While on the outskirts of Chinatown, I spied this fabulous Pink Magic S & S Soap Company truck. The driver of the truck saw me from across the street and put his hands on his hips, like "What are you doing?" I crossed over, told him how much I loved his truck, and asked him if I could take a picture of him standing in front of it. He said "No" but then decided I could take a picture of him after he got behind the steering wheel.
Posted by Eleanor Traubman at Sunday, January 07, 2007 1 comment: Links to this post

BOOKS TO KICK OFF THE NEW YEAR 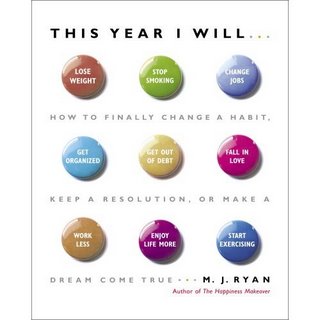 Dare to Dream is the name of the workshop I lead each January. The workshop, which focuses on inspired goal-setting, is for women who take part in a monthly gathering called How to Succeed Without Selling Out. We explore ways we can live our lives in accordance with our own values.

In preparation for the workshop, and to give my own self some inspiration for setting goals for 2007, I read and recommend these three books:

3. Comfort Secrets for Busy Women: Finding Your Way When Your Life is Overflowing. Written by Jennifer Louden.

Happy Reading!
Posted by Eleanor Traubman at Monday, January 01, 2007 No comments: Links to this post